A question that a lot of freelance photographers, experts and camera enthusiasts have today is ‘which is the best 360 camera for photos’. And, we believe it is a valid question. Most reviews, buying guides and 360 camera suggestions you see online today focus a lot on video without actually taking the image capturing capabilities of the camera into perspective.

It might escape bloggers and other reviewers, but there are people who want a 360 camera for nothing more than just taking pictures. There are many experts who have no interest in shooting interactive 360 videos. In fact, all they want to do is have a 360 camera that can help them take amazing pictures around them.

Until fairly recently, the only option for enthusiasts to take 360 images was to use a panoramic tripod and a DSLR together to take multiple shots and align them with each other. This usually results in amazing images but takes a lot of time and requires investment in costly equipment to get the job done.

This was before the launch of 360 cameras that revolutionized the concept of 360 images and changed everything for the better. There are plenty of 360 cameras in the market today, each with features and characteristics of its own.

In this article, we take a look at some of the best 360 cameras for photos. These cameras are specifically meant for photos and help improve the output you get from static images.

It is hard to find a better camera than the Insta360 One x. Just as the name would suggest, this is an updated over the Insta 360 one and features massive improvements in picture quality. This camera delivers 18 MP camera resolutions and is comparable to some DSLR results.

The stabilization is perfect and the slow-mo feature allows you to take videos on the go. The battery timing is great for pictures and you can easily get 2 to 3 hours of output from it. 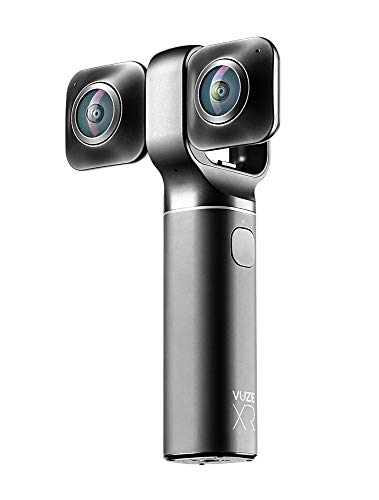 The Vuze XR is one of the easiest and most convenient 360 cameras to carry in our list. The camera allows you to take 180 degrees and 360 degrees photos on the go and maximizes charge time.

You can remove the two bug cameras to capture 3D images on the go. There is also a built-in handle within the package for stability, which saves you from the cost of a new one. 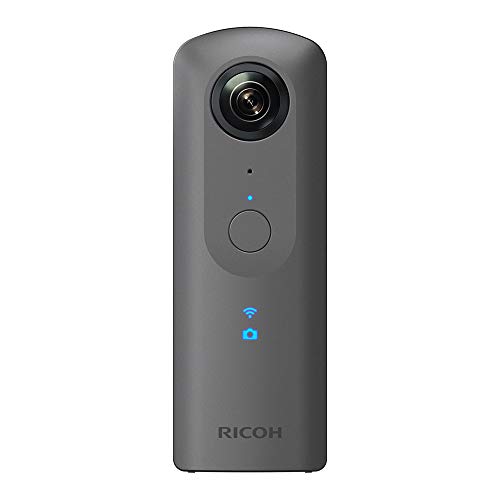 The Ricoh Theta V is famous for two things; the compact design of the camera and the amazing street photography that it has to offer. The sensor glass and the image quality of this camera are top notch and keeps you satisfied.

The machine operates beautifully and remains stable through bad weather and shocks. It is easy to use together with your smartphone for better results.

The GoPro Hero Max is an upgrade over some of the other 360 cameras that you will find in the market within your range. The camera comes with a display at the back to help you see the image output.

The stabilization video helps with videos as well. You can also livestream your photos and videos on social media through this camera for an immersive experience.

The Vecnos Iqui is a pen-sized camera that is easy to carry on the go and take amazing pictures with. The camera can be operated quickly without any delays and is easy to store in your pockets.

The Vecnos Iqui comes at an amazing price and is by far the most valuable camera on this list. If you’re a starter looking for a 360 camera to take some good photos on the go, then this is what you need.

Things to Consider When Buying the Best 360 Camera for Photos

There are multiple factors that you need to take into consideration when getting the best 360 camera for photos. The considerations below will help you during the purchase process and will allow you to find out the best camera for your 360 photos.

Regardless of how you intend to use the 360 camera, the very first thing you need to consider in your camera is the lens it carries. Even if you aren’t aware of the technology behind cameras, you should ensure you do your due diligence here. A 360 camera usually comes in two different lenses. Once you’re in the process of checking the camera lens, you should consider the shutter time and the ISO range for that lens as well. These are features that influence the end result of the lens and should meet the objectives you have in mind.

If you’re investing in a high quality 360 camera that comes at a hefty cost, you would want to get decent image quality from it. Image quality is determined by the camera resolution of the device. A quality image is one that compresses the pixels present and makes them unidentifiable. Higher resolutions are often associated with better quality.

Another thing you want to consider is the storage of the camera you buy. The camera should have enough external storage limits to store your pictures on the go. Additionally, it should give enough hours on one charge to take you through your photography sessions. A camera that loses its charge within an hour won’t be ideal for taking with you on the go.

The Insta360 One X is our recommended pick for the best 360 camera for photos. This camera delivers 18 mega pixels and is comparable to some DSLR results. You can read more reviews for these products online to make your choice.