Cars with 360 degrees cameras are much easier to reverse and park. If you dread parking and fear that you might crash into something, you need to buy a car with a 360-degree camera. You will become a parking pro in next to no time. Parking will no longer be a source of stress, frustration, or embarrassment.

Besides looking at cars with embedded 360-degree cameras, you can also think of buying a standalone 360 camera to use as a dashcam.

What if the car model you fancy does not have a built-in 360 camera? No worries. You can buy a purpose build dashcam separately and install it in your car. 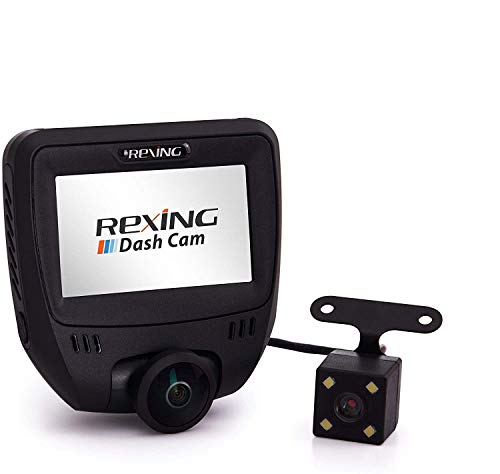 What Cars Have 360 Degree Cameras?

Volvo enjoys its reputation as a safe family car. Rather than churning out high-speed vehicles that burn rubber, the Swedish brand prefers to maximize safety and relaxation for its customers.

There is little emphasis on luxury and fancy features to be found in other top brands. Thus, the Volvo S90 has a rather plain interior where the only noticeable fancy feature is the 9-inch touchscreen. There isn’t any other high-tech or luxury feature to speak of in the minimalist cabin.

To have the 360 camera in this vehicle, you will have to opt for the Xenium package and select the Park Assist Pilot. This camera is an optional safety feature in the package. In addition, the system can parallel park the saloon car for you.

The sporty and agile Kia Stinger competes with Volkswagen Arteon, BMW 4 Series Gran Coupe, and the Audi A5 Sportback. You can have the 360 camera installed as an option along with the 370 hp V6 3.3 liter petrol engine. The powerful engine can accelerate the car from 0 to 62 mph in only 4.7 seconds.

You also have other features in the model like blind-spot monitoring and a powered boot lid.

Nissan was a pioneer in adopting 360 cameras for its cars and SUVs. The Qashqai is a fascinating crossover with a built-in 360 cam to banish your parking woes once and for all.

Launched back in 2007, the Qashqai started the hybrid SUV vehicle craze. So it is rather apt that this model should be one of the very first to deploy the 360-degree camera.

The Qashqai will have you feel that you are driving an SUV. However, the vehicle is more compact than full-scale SUVs and is hence nimble and agile to drive. As a result, you can enjoy the luxury of driving from a high and lofty position while still enjoying a better fuel economy than the average SUV.

The 360 camera itself is known as the Around View Monitor. It was installed to make this larger-than-average vehicle easier to park and reverse. The 360-degree on-board camera has four units working for it. These units are embedded subtly so that the untrained person will likely not notice them. For instance, the front camera is discretely placed in the front grille, where it is hardly visible.

The Peugeot 3008 took everyone by surprise. This vehicle marked Peugeot’s first foray into the luxury vehicle segment. As a result, the premium hybrid car offers exceptional luxury that was not previously seen in vehicles of this category.

The Peugeot 3008 got highly positive feedback from the Driver Power survey and thus won the ‘Car of the Year’ award from Auto Express.

The 360-degree camera system on-board the premium hybrid car is known as the Enhanced Park Assist. The system gives a fully panoramic birds-eye view of the surroundings to the driver. The driver can control the camera via the touchscreen installed on the vehicle dashboard.

The Range Rover is the premium off-road vehicle that empowers you to experience the Great Outdoors while enjoying luxury in its opulent plush cabin. A high-performance V8 petrol engine powers the off-road icon.

Within the vehicle, you will find the most premium cabin space. There is a rich assortment of high-grade materials in the right places like wood, metal, and leather. Besides luxury, the Range Rover also boasts the best in tech.

For the 360 camera, you will have to go for the top-of-the-range model.

360 degree cameras in cars were once seen as optional high-tech gizmos for the affluent. But now, these cameras are a key safety feature that can help you park vehicles safely, particularly larger ones like hybrid subcompact SUVs.

You don’t need to crane your head around as you park and reverse your vehicle, nor do you have to worry about crashing into anything with these cameras on board. No matter how inept you are at parking, with a 360 camera installed, such exercises will be a breeze.

These cameras are also called bird’s eye view cameras. They also have other names like parking assist, surround-view cameras, and so on.

There are actually multiple cameras within the system to capture the surrounding space. These cameras are placed at discrete spots on the vehicle so that they can record all around you.

For some vehicles, you may have to press a button to activate the cameras. But in many, the 360 camera system automatically activates as soon as you go into reverse gear. The software combines images from all cameras to get a complete view of the whole space around you.

The 360 camera switches off automatically when you begin driving forward to avoid distraction. Since these are such useful safety tools, you will likely find them in more vehicles soon.