The Vivitar 360 is a bit thicker than the GoPro models. It can record 360 videos in 4K. To shoot 360 field of view videos, the action camera deploys dual 12.1 MP lenses. One is at the front, while the second is situated at the back of the unit. Each of these lenses is capable of capturing a full 180-degree view. The 2 semi-spherical views are then joined by means of the app to create a fully panoramic 360 video.

Our Review of the Vivitar 360 Action Camera 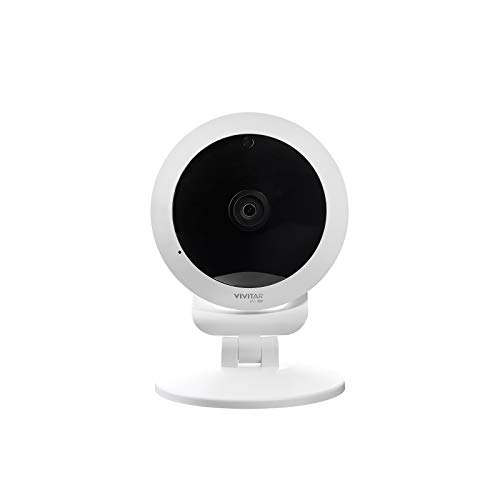 The unit has 3 buttons to control the camera: shutter, Wi-Fi, and power. You can also look at the 2 inch screen to find key information such as remaining storage, battery level, date, time, viewing mode, and so on. These 3 buttons let your browse the menu on the camera itself.

You can download the free app for both Android and iOS. This app will give you full control over the camera. Using the app is faster and more hassle-free than pressing buttons and squinting at the tiny menu on the 2 inch screen.

You can also install desktop apps on both Mac and Windows computers. The software is intuitive and easy to use.

You can transfer files using either a USB cable or a microSD card.

The Vivitar has a generous assortment of accessories that will prove useful for filming 360 videos. There is stuff like the remote control (which is shaped like a wristwatch), mounts, tripods, and a waterproof case for safe storage when the camera is not in use.

There is just one important item that is missing – the SD card. You will have to buy one on your own. Most cameras don’t come with one anyway.

A major issue with 360 cameras is that the person recording the video is also included in the same. To get around this issue, the remote control has been added so that you can work the camera from a distance. This way, you will not be on the screen. The app can also work for you. Before working at a distance using the app or remote control, make sure you choose all the right settings for your video.

Two key features are missing, though. First, there is no self-timer, for starters. Second, you cant mute the beep that comes with each button press.

After charging the battery and placing the SD card, you just have to point and shoot to capture videos and photos. You will be making just a few adjustments like image resolution and viewing mode. So the learning curve here is smooth.

360 videos are very different from conventional video formats. There is distortion around the periphery. Even with the right level of lighting, the image appears sharpened. There is noise in low lighting too.

Of course, one reason for this is that pixels are stretched out over a full sphere, so the resultant imagery won’t be as vivid.

The video quality of the Vivitar lags behind more serious contenders like the GoPro, Samsung Gear 360, and the Insta360. But you should also remember that the Vivitar is inexpensive, especially when compared to other mainstream models.

You expect a certain level of vibrant visuals with a 4K resolution. But just like other 360 cameras, the Vivitar 360 action camera suffers the same drawbacks that impact image quality. The edges and outer portions of the 360 image are not well defined. There are lighting issues here as well as distortions emanating from the fisheye lens. The central or middle part of the image is quite sharp, though.

The Vivitar does quite well outdoors under normal lighting. But quality drastically suffers under dim lighting. Indoor fluorescent lighting also has an adverse effect.

The stitching part is done quite well. There is not much of an issue with stitching except that you will see the support holding the camera in the final image.

Although you can record in 4k resolution, the resultant video will appear choppy due to the 15 fps frame rate which is far too low. 2K resolution is a touch better at 25K. But for the somewhat decent 30 fps frame rate, you will have to go down all the way to 960p. So the truth is that an overly slow frame rate hinders the high resolution.

However, if vivid visuals are super important and you can pay extra, you will want to look at other options like the Insta360 and Samsung Gear 360.