The Essential 360 Camera Review will give details on the device’s performance, quality, and features to help you decide whether or not it is right for you.

The Essential 360 is a fine 360 camera for the PH-1. Video quality is at par with the competition. However, you must have a phone for this camera to work.

Our Review of the Essential 360 Camera 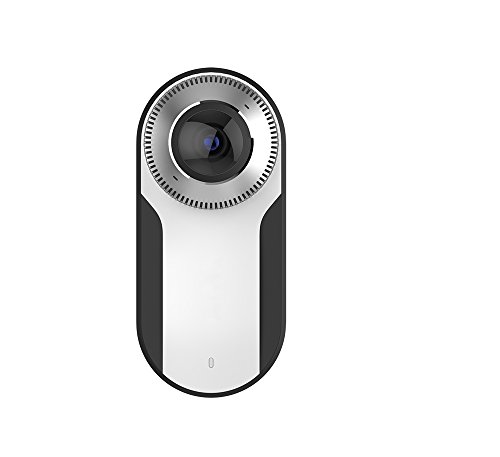 The Essential 360 Camera is designed for the Essential Phone PH-1. The tiny 360-degree camera can attach magnetically to the back of a PH-1. This way, you can upgrade the phone’s capability and record 360 videos with ease.

There are quite a few things to like about this 360 camera besides the super-compact dimensions, making it so convenient. Real-time stitching capability takes out the work from 360 video making. You can now make 360 films without a fuss. The stitching results are also quite decent.

However, one caveat is that since it attaches to the phone in a particular way, it lends itself more to selfies. But, of course, if you are a selfie addict, then this will work in your favor.

The biggest drawback by far is that it requires a specific phone model to work.

The camera is simple to operate. Just point and click. With the real-time stitch feature, you can just focus on shooting good angles rather than fretting over image processing.

Before long, you will notice that the Essential 360 is among the smallest 360 cams in the market.

The camera has dual lenses mounted on top and microphones on the sides of these lenses. The camera casing comprises black and white plastic. The lens has a silver metallic bezel around it.

Thanks to the nifty design, you can attach the 360 camera to your phone with ease.

The phone does not have either battery or controls. So you will have to attach it to the phone to supply power and to control it. As a result, it is well-suited for selfies.

After you have attached the camera, you must wait a couple of seconds for it to start..

The app is very easy to use. You can see the camera live feed on the screen. Just swipe the screen to pan across the field of view. Using on-screen buttons, you can capture either video or still in 360. But that’s just about it. You don’t have too many options besides that. There is live streaming support, nor can you adjust the exposure manually.

The learning curve is very gentle. You can master using the app in very little time.

Each ultra-wide-angle lens has a 12 MP image sensor behind it. There is overlap between the individual coverage areas of the lenses. So you don’t have 24 MP images. Due to this reason, stills have a depth of 18.4MP.

The Essential 360 can manage videos at 4K and 30 frames per second. Unfortunately, there is no option for bringing down the frame rate to the cinematic 24 fps. However, it would have been nice to include this option. But it’s not there. On the brighter side of things, though, the frame rate is better than what most cameras can manage at 4K resolution.

The video quality is comparable to what other 360 cameras are capable of at 4K.

However, you should not expect very vivid imagery because, as with all 360 cameras, the pixels in 4K are stretched from the relatively small 16:9 format to the full 360 fields of view. So video quality matches with standard definition due to this factor.

Near objects appear quite sharp. But the same cannot be said for distant objects as they appear pixelated and blurred. To its credit, the camera has equal exposure on all parts of 360 imagery.

This is a big plus point since with many other cameras on the market; you can’t fail to notice the clear difference in exposure between the 2 lenses. Thus, one side looks brighter than the other. The Essential 360 has balanced exposure on both lenses and does not possess this drawback.

The stitching function is also seamless; you won’t find any seam on the final image.

The camera has 4 mics to catch audio. The mics do quite well in the breeze. You won’t get the typical audio distortion that comes with mild breezes. However, mics start struggling with strong gusts and cant keep out the distortion.

Photos look sharper and crisper than videos. Due to consistent exposure throughout the image, you will notice a faultless azure sky.

A major issue with many other models is the appearance of green or purple fringes at areas of strong contrast. This phenomenon is not seen in the final image taken by the Essential 360,

The Essential 360 camera is very decent, which is a shame since it is meant for a niche within a niche. You need to own a PH-1 for attaching the camera

The camera configuration lends itself mainly to selfies as the design is very compact. Moreover, real-time stitching saves a lot of annoyance.

The drawbacks are that it does not have its own power. So you must attach it to your phone to use it. If you want a standalone 360 camera, then you may want to think about the Samsung Gear.

The Essential 360 is proof that good things come in small packages. It is the smallest of 360 cameras. So if you own the PH-1, you can buy this 360 camera instead of lugging around a bigger 360 camera.